The Joys of Motherhood ,
Buchi Emecheta 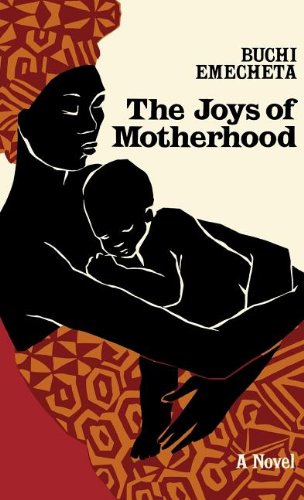 The Joys of Motherhood ,
Buchi Emecheta

“On her way back to their room, it occurred to Nnu Ego that she was a prisoner, imprisoned by her love for her children, imprisoned by her role as the senior wife. She was not even expected to demand more money for her family; that was considered below the standard expected of a woman in her position. It was not fair, she felt, the way men cleverly used a woman’s sense of responsibility to actually enslave her. They knew that the traditional wife like herself would never dream of leaving her children.”

We’ve heard you loud and clear: a fiction unit is well overdue! We’re diving into this beautiful, captivating, and deeply emotive novel by the renowned Nigerian author Buchi Emecheta. The novel takes us through the joys of motherhood, but also the pain–of colonialism, patriarchy, war, empire, and the overlapping tensions and layers of womanhood for Nigerian women like Nnu Ego navigating the relationship between national British rule and local tribal authorities.

Temporally, the story takes place during World War II, 15-20 years before Nigerian independence from the United Kingdom. For those of us who were reading with us back in January for our Emergency Read on Sudan, our book for that unit, Africa Uprising: Popular Protest and Political Change by Adam Branch and Zachariah Mampilly, Chapter 5 on Nigeria’s own history with popular protest, the tensions between rural and urban life, legacies of British colonialism, and State’s corruption and despotism are now familiar themes that are also foreshadowed throughout this novel.

Be sure to tag us on Instagram & Twitter and use the hashtag #BecauseWeveRead to share your thoughts, reflections, and favorite passages as you read to join the global conversation! Stay tuned for our Youtube Live discussion as well,

+ Our #BecauseWeveRead unit on Africa Uprising: Chapter 5: “The Precipitous Rise and Fall of Occupy Nigeria”

+ An interview with Buchi Emecheta transcript, (1988)

+ Celebrating Buchi Emecheta, a series of videos reflecting on the author’s significance

+ “Womanism: The Dynamics of the Contemporary Black Female Novel in English” journal article by Chikwenye Okonjo Ogunyemi in the University of Chicago Press, Vol. 11, No. 1, Autumn 1985