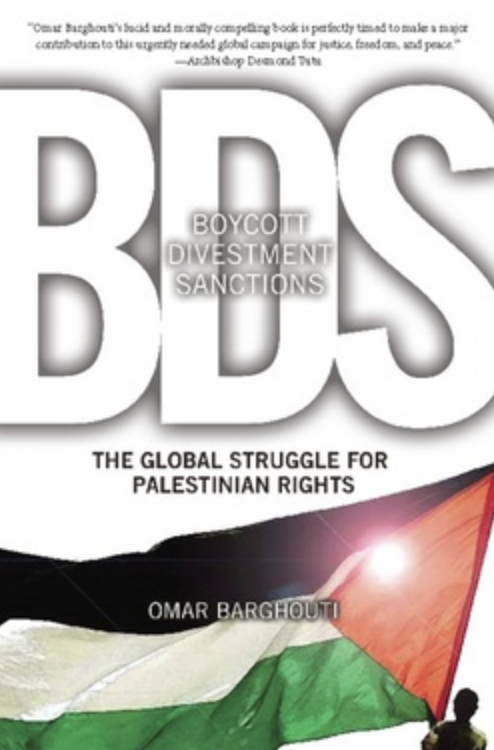 Free E-Book (for a limited time only) & discount graciously provided by one of our all-time favorite radical publishers, Haymarket Books

In light of the Gaza massacre yesterday, the 70th anniversary of the Nakba, the Great Return marches, and the ongoing Israeli apartheid regime and military occupation of Palestine, we are calling a #BecauseWeveRead ‘Emergency Reading’ to respond to the overwhelming request by our members to understand what is happening right now in occupied Palestine, and what can be done.

Omar Barghouti is the co-founder of the Palestinian Civil Society’s Boycott Divestment, and Sanctions (BDS) campaign against apartheid Israel. This book lays out the foundation of this non-violent strategy as inspired by the BDS movement against the apartheid regime in South Africa as a concrete course of action for Palestinians and Palestine solidarity organizers to push toward Palestinian liberation.

This book is a vital read for anyone who wants to understand the current situation in Palestine and wants a road-map for how to support Palestinians in fighting for their freedom, beyond a retweet or hashtag.

+ Before the Next Bomb Drops: Rising up from Brooklyn to Palestine (poetry), Remi Kanazi

+ Uncivil Rites: Palestine and the Limits of Academic Freedom, Steven Salaita
(70% off at Haymarket Books using this link)

+ Shell Shocked: On the Ground Under Israel’s Gaza Assault, Mohammed Omer
(70% off at Haymarket Books using this link)

+ Apartheid Israel: The Politics of an Analogy, ed. Sean Jacobs & Jon Soske
(70% off at Haymarket Books using this link)