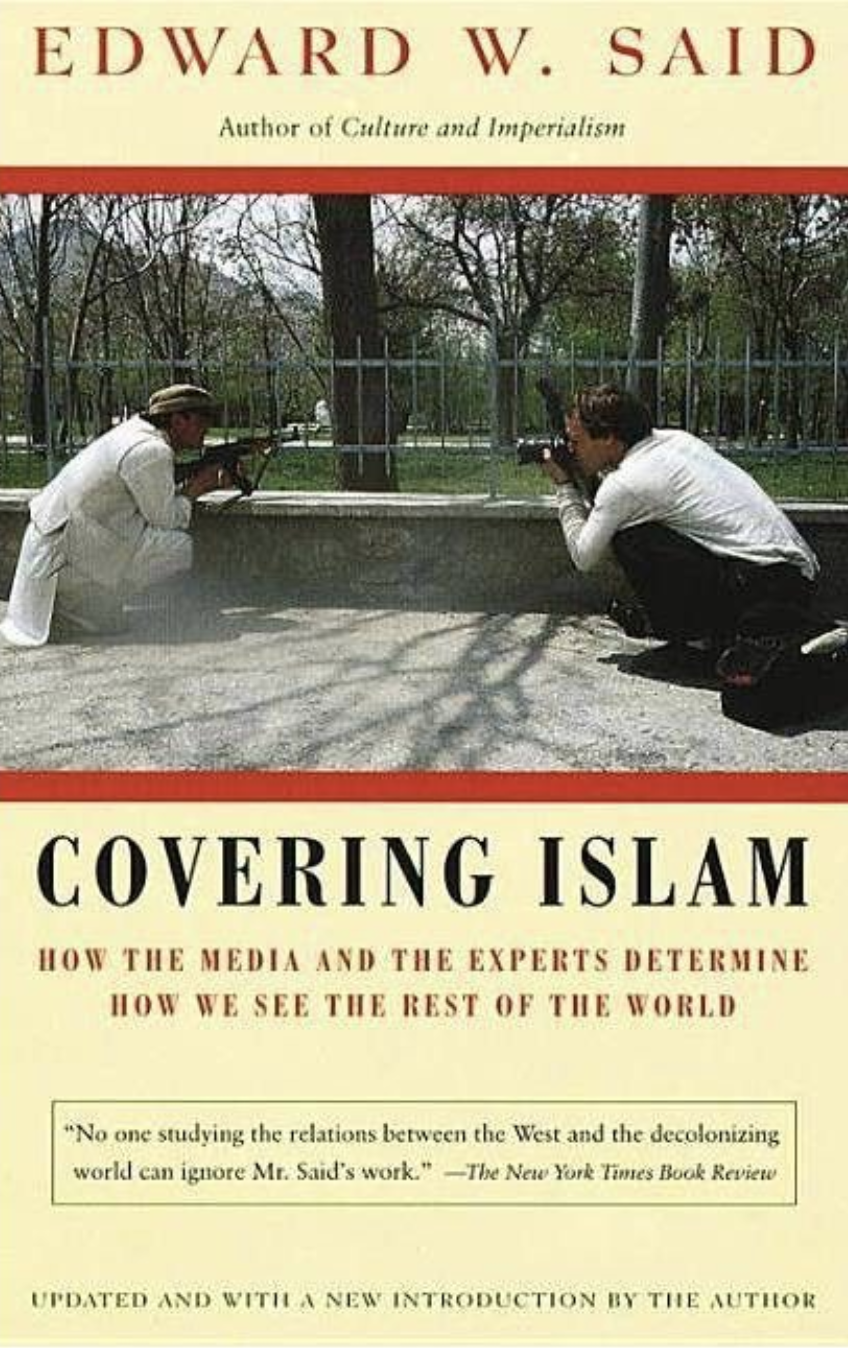 Between Muslim Bans, nations around the world closing borders to increasing numbers of Muslim (and other) refugees, and millions of dollars being poured into anti-Musllim propaganda campaigns internationally, to say that there is anything short of a global crisis of systemic anti-Muslim racism would be a dreadful understatement.

So, let’s learn about it.

On to month three of #BecauseWeveRead, the last month in our 3 month “unit” on colonialism! Starting with Assata Shakur’s autobiography introducing us to concepts on internalized colonialism and racialized hierarchies (among countless others) that were then expanded on and theorized in Fanon’s Black Skin White Masks and the film Battle of Algiers, we’re taking a step back now and looking at colonialism on an international level, and how such colonial conceptions of self are constructed systematically.

And to do so, there is no one quite like the brilliant Palestinian intellectual Edward Said, (i.e my first true love) and his development of Orientalism and postcolonial studies to explore for July.

While Orientalism is quite the classic, I would argue that the introduction would be more than sufficient for understanding the concepts central to his theory, that are only laboriously elaborated on in the remainder of the book. Alternatively, Covering Islam takes these concepts and applies them to media representations of Muslims and Islam, beyond the “Muslims are always depicted as terrorists and that’s not cool” line. Also, keep in mind that Covering Islam was written before September 11th 2001, the date that most Americans would (incorrectly) ascribe to the start of Islamophobic bias against Muslims in America. Said’s theories remain not only unfortunately incredibly relevant, but are also highly applicable in other international contexts, outside of the United States. In these texts, Said’s development of the concept of Orientalism — the “imperialism of the pen,” as he pens it, is incredibly rich, powerful, and integral to any understanding of colonialism.

+ The Question of Palestine (2015), available on Amazon