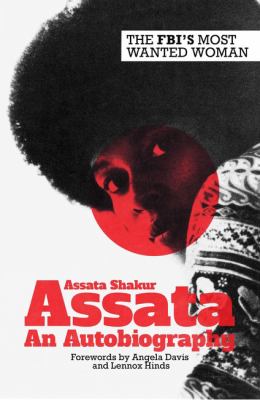 Thanks to RevSocialist & Socialist Stories for digitizing the book!

There stands a $2,000,000 award for the bounty of Assata Shakur, who is currently on the FBI’s Most Wanted Terrorist list and residing in Cuba under political asylum. As she writes:

“My name is Assata (“she who struggles”) Shakur (“the thankful one”), and I am a 20th century escaped slave. Because of government persecution, I was left with no other choice than to flee from the political repression, racism and violence that dominate the US government’s policy towards people of color. I am an ex political prisoner, and I have been living in exile in Cuba since 1984. I have been a political activist most of my life, and although the U.S. government has done everything in its power to criminalize me, I am not a criminal, nor have I ever been one. In the 1960s, I participated in various struggles: the black liberation movement, the student rights movement, and the movement to end the war in Vietnam. I joined the Black Panther Party. By 1969 the Black Panther Party had become the number one organization targeted by the FBI’s COINTELPRO program. Because the Black Panther Party demanded the total liberation of black people, J. Edgar Hoover called it “greatest threat to the internal security of the country” and vowed to destroy it and its leaders and activists.”

Her beautifully-written and intensely powerful autobiography highlights intersections of race, gender, class, etc as they have been used by the state against poor Black Americans, and acts as an absolutely mandatory addition to every reading list.

On a personal note, Assata Shakur’s autobiography made me fall back in love with reading. Choosing this book as the inaugural book for #BecauseWe’veRead was the most natural decision for me, given the immense power of her words, story, and experiences for my personal and political development as well as my re-commitment to the written word as a source of my growth.

+ This website is filled with resources, information, and curriculum about Assata Shakur and her case with the U.S. Government.

+ Eyes Of The Rainbow, the documentary film about Assata Shakur’s life

+ “Are We All Muslim Now? Assata Shakur and the Terrordome” (Aljazeera)